Ancient China Wheelbarrows are basically hand-propelled vehicles with two handles on the rear side for a person to push ahead. It is mostly used in the Construction Industry. Wheelbarrows were in use in China right from the Ancient times during the Hans dynasty during the 2nd Century.

Tomb Murals were found in different provinces of China in around 118 AD. Carvings of a man pulling a wheelbarrow have been found engraved in many provinces.

There have been many stories like the one where a wife was helping her poor husband pull a wheel ahead. The Book of Later Han became very famous in that era. According to many Chinese texts, the Chinese Prime Minister Zhuge Liang should be getting the credit for the invention of wheelbarrows.

He is said to have developed the Wooden Ox and in the era of the Song Dynasty, there are paintings showing the ox moving in front with a wooden frame behind. 3rd-century ‘gliding horse’ wheelbarrow featured the simple difference of the shaft pointing backward. 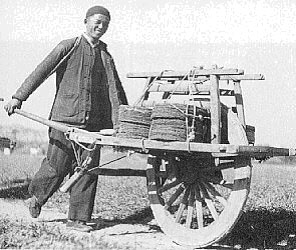 Ancient China Wheelbarrows hauled considerable heavyweights but did not have a lower surface. Weight was divided between the puller and the wheel. The Chinese wheelbarrow could carry six passengers at a time. 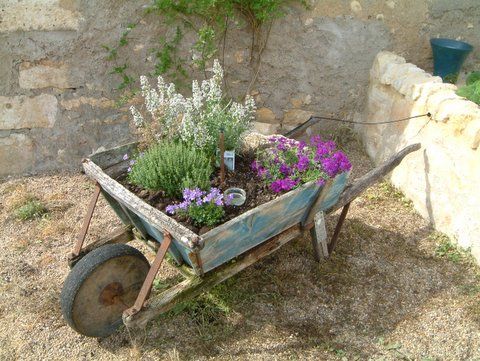 The Book of The Golden Hall Master was very famous and depicts the various forms of Sailing Carriages and Wheelbarrows in Ancient China. During the Sui Dynasty of the Ancient Era also wheelbarrows with sailing boats flourished and gradually spread to a very large extent and went up to the Shandong Dynasty where it was large and drawn by a horse or a mule.

Thereafter the height of the wheelbarrows was increased to six feet with stays, sheets, halyards and this made the manual use of wheelbarrows better and showed the technological advancement of Ancient China.