History has witnessed that Ancient China Religion has always evolved with the evolution of different civilizations and various beliefs have come and disappeared along with the disappearance of a particular civilization.

Ancient China has also witnessed many religious practices. In the Bronze Age, the Chinese believed in worshipping spirits. In many ancient civilizations spirits were worshipped in different forms.

Ancient Chinese forms of worship have many similarities to Hinduism as even in Ancient China spirit gods were worshipped according to different things present in nature( for example fire, soil, water). The Chinese also believed in worshipping their ancestors. 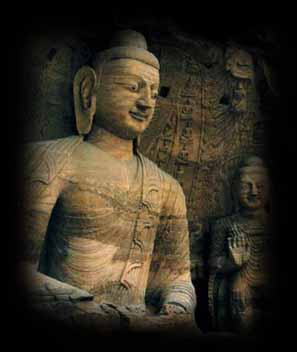 Emperors have been known to have had courtrooms in the memory of their ancestors. People in Ancient China believed in a celestial life after death and therefore sometimes courtiers, servants were sacrificed in the funeral of emperors, nobles etc such that they have a luxurious life after death.

Priests were highly specialized and were treated as mediators between God and human beings. The concept of priesthood was very well developed in Ancient China.

The Concepts of Taoism and Confucianism developed in China and spread all over. These concepts are highly philosophical and intellectual in nature though they also have spiritual shades in them. Buddhism which had originated in India had gradually spread all over China. Confucius was a politician and a philosopher and had studied the culture and government in Ancient China very well.

Though he had no intention to establish an Ancient China Religion, however the guidelines he framed came to be followed by people from a religious perspective.

Taoism developed in the initial stages of development of religion in China and it used to be considered a source of all things. In literary meaning Tao means Path. Lao-tzu was the one who composed Taoism which talks of force in nature.

It asks people to follow Tao which means don’t force the nature to do something it was not meant to do. The good nature of humanity should not be denied. Lao-tzu was asked to frame his wisdom when he entered the Chinese territory. Later original form of Taoism was changed by those who started practicing it and was turned more into magic and alchemy.

Buddhism which originated in India spread widely in China and today is the major religion in China. Buddhism came to China along with the Silk Route and was during the Hans dynasty. It was earlier considered a part of Taoism, however, the Buddhist monks were successful in propagating it as a separate concept. Nirvana of Buddhism became very popular in the later stages.

All the three religions had an equal amount of influencing power and people many times followed all three, however, each of them had its own unique value and importance.